The move to normalize U.S.-Cuba relations was announced a bit over 24 hours ago. In that time, U.S. baseball fans and writers have metaphorically carved up Cuba for the United States’ own baseball purposes. It’s almost like that’s what led to the revolution in the first place, ya know? 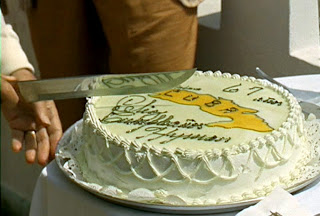 Yes, I know things will change. Cuban players will come here in greater numbers. U.S. players may, once again, play in Cuba, be it in a winter league or a minor league team or what have you. There will certainly be an opening up of some kind.

But the talk of a draft of Cuban players, which I’m skeptical the Cuban government would allow, or wholesale free agency which neither MLB nor the Cuban government likely wants is premature at best. The talk about actually expanding into Cuba one day — Buster’s column today talks about that, even going so far as to have a guy create a logo — is almost silly. As friend-of-HBT Mark Armour notes, the average salary in Cuba is $22 a month. Major League Baseball turned-tail from Montreal and worries that places like Las Vegas and Portland won’t support a team. So, sure, they’re gonna run to expand to a place where a lot of people make less than the cost of helmet nachos as their monthly income.

No one knows what’s going to happen with baseball in Cuba. But before we start to speculate, it’s probably worth remembering that the country is poor. And that it’s still run by a communist regime whose very existence was predicated on a lot of people down there getting really pissed and resentful about U.S. companies coming down there, taking its resources and treating it like their little tropical playground.