Being in San Diego for the Winter Meetings last week made everyone think more about the Padres than most of us do, well, most of the year. And when you’re not an everyday Padres person, the first thing you tend to think about when you think about the Padres is the old brown and mustard uniforms. There was a lot of talk about those things last week.

Today Mike Ferrin of Sirius/XM radio was talking about how the Padres should return to that color scheme. I couldn’t agree with him more. The Padres had an identity once. They should embrace that identity again.

But this does not mean retro or kitchy 70s and 80s homages. Sure, that can be fun, but no one should seriously expect a major league team to turn back the clock to thoroughly and completely that they turn a fun throwback uni into their everyday duds. So, at the outset, let us specify that no one is expecting or even desiring a return to this sort of thing: 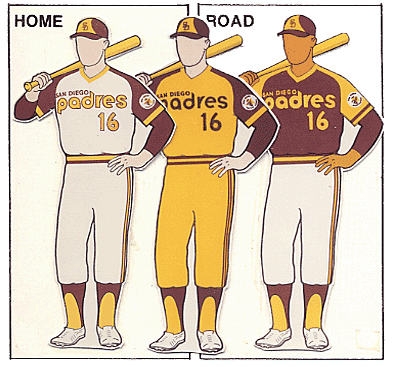 But what’s so crazy about, say, this? 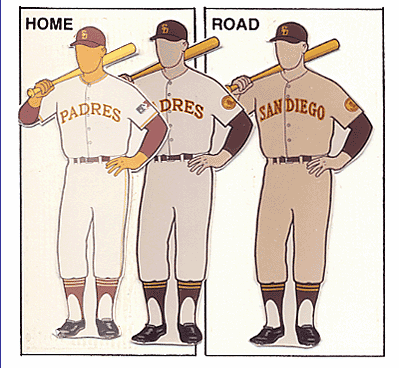 Or even this (but with a belt, not elastic waist pants)? 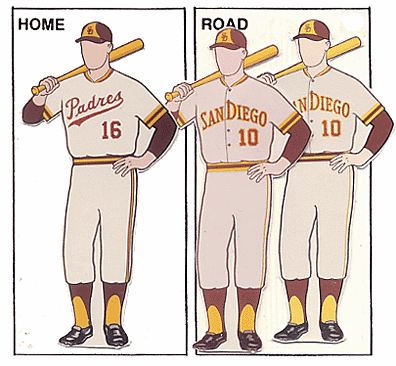 Those — from 1969 and 1974, respectively — are pretty standard or even conservative uniforms, not unlike the sort you may see today. And, of course, there are any number of variations the Padres could do with this color scheme. Things they never did with it before and which would not be tacky or kitschy.

The key is that they should embrace the one unique thing the Padres always had going for them before they decided that identities were overrated, oh, a decade ago: their own colors. The brown, which is appropriate for a friar, and the mustard which was different, much like the city of San Diego is different from most other cities. Certainly fine in small doses as an accent color, even if we got a bit overloaded on it later.

But I’d even take the overload over this: 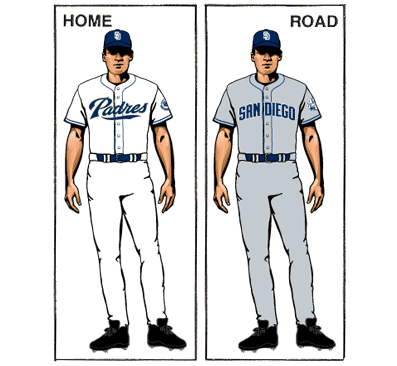 I mean, my God. There are unlicensed 1990s baseball video game teams dressed with more imagination than that.