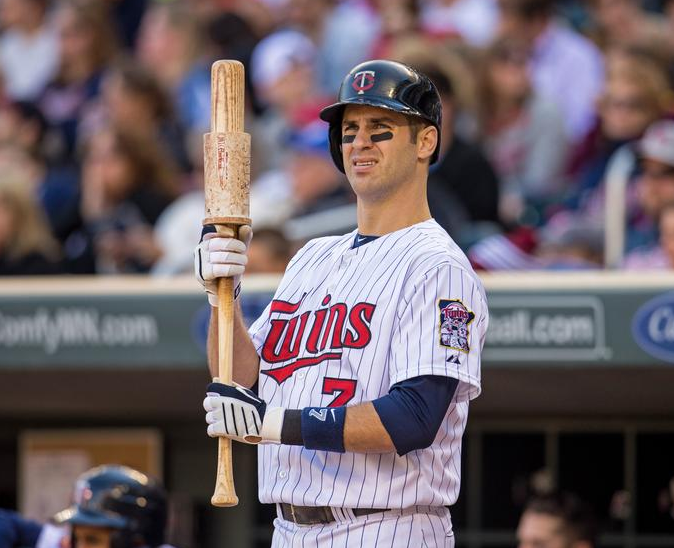 One guy who is really happy to see Paul Molitor take over as Twins manager is Star Tribune columnist Jim Souhan. Why? Because he’s gonna stop coddling those wimpy players who beg out of the lineup with piddling little ailments like hangnails. And brain injuries:

His first order of business should be introducing a new mentality to the clubhouse.

During their four consecutive losing seasons, the Twins tried to exercise caution with injured or bruised players. Anyone complaining of an ache was given an extra day or two off. There is logic in that approach. There is also danger. The Twins clubhouse became a place where you could collect a check without actually taking the field.

One of the early tests of Molitor’s tenure will be his handling of his best player, Joe Mauer.

Both grew up in St. Paul. Both played baseball at Cretin High. Both had the early years of their careers defined by constant injuries. The difference between them is important. Molitor’s desire to play was obvious. Mauer’s is not.

When the guy making $23 million a year begs out of the lineup because of a bruise, it’s difficult for the manager to push others to play through pain.

Maybe he should have rubbed dirt on his lungs to fight through the pneumonia. Maybe he should’ve just strapped it on and played through that concussion. Oh, wait, he tried that and Justin Morneau tried that before him. People like Souhan mock the bilateral leg weakness thing but it was ultimately traced back to a rare viral infection and, clearly, affected Mauer’s ability to play. Legs are pretty damn important to a hitter and a catcher, I’m told.

The fact is that the Twins, if anything, have typically encouraged or allowed far too many players to play through pain or injuries, and it hasn’t helped them a bit. Mauer’s doing so has likely hindered his performance in the short term while doing nothing to get him back to playing shape more quickly.

But despite all of that — and one bit that is often left out of these little bash pieces — is that Mauer has been one of the best players in baseball over the course of his career. He had a bad 2014 to be sure, but he spent a solid decade as the game’s best catcher, and when you’re a top hitting and defending catcher — who has averaged a bit over 500 plate appearances a year despite those injuries — no one can question your contributions and no one can question your toughness.

Yet questioning those things about Mauer is practically the Minnesota state pastime. The list of media idiots and ill-informed fans who have decided that all that ails the Twins is their best player and that, dammit, he needs to grow a pair and play more is as long as the Mississippi. It’s gone from comical to annoying to practically sick. Souhan is among the sickest. Really, I think he has some sort of pathological problem with all of this. He is, after all, a guy who argued that the University of Minnesota football coach should be fired because he has epilepsy. His newspaper issued a public apology for that. The motivating force there is the same as here, however: “your injuries and illnesses are getting in the way of my sports, dammit, and you are less of a person and competitor because of them.” Souhan questions Mauer’s desire? I question Souhan’s basic human decency and mental health.

But maybe this all ends soon. No, not because the Star-Tribune reassigns Souhan to the obituary page where he can mock the dead for being soft (that would make too much sense), but because Paul Molitor is now on the case, and he’s the LAST DAMN GUY who is going to put up with wimpy injured players. Indeed, he’s gonna outlaw the friggin’ disabled list altogether! He’ll lead by example!

Molitor struggled with injuries for much of his early career, being placed on the disabled list six times between 1980 and 1986. In 1984, Molitor struggled with elbow problems, played in only 13 games and ultimately underwent surgery in an attempt to salvage his career. He played in 140 games in 1985, hitting .297 with 10 home runs and 48 RBI. He followed that with a .281 average, 9 home runs and 55 RBI in 1986. That year he suffered a hamstring injury, returned for a few days, then reinjured it. He played in 105 games that season.

I’m sure some of you will dismiss this as Souhan being Souhan. Of him just doing his schtick. Of being edgy because being edgy like this is what causes ESPN to back up the money truck for sports writers who want to go on those dumb shout fests they air in the afternoon. And maybe that is what Souhan is doing.

But one of my personal beliefs, learned by way of life experience, Vonnegut books and Batman — is that we are what we pretend to be, not what we claim we really are. And whether Souhan really is a dense, empathy-free person who chooses to eschew human decency in order to elevate sportsball over a person’s health and well being or if that’s just an act he puts on, that is, essentially, what he is.