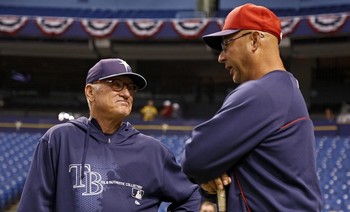 Joe Maddon said in his press conference yesterday that he had no idea that he had an opt-out provision in his contract until someone called and told him so. Today Terry Francona raised the ante on mangers’ ignorance of the circumstances of their employment:

Francona, on how his contract came together: pic.twitter.com/a8AcAIKrNp

Is that a statement about what life is like after you’re making millions of dollars? That you get to a point where you just don’t pay attention? Or is it some sort of zen managerial brilliance that can teach us all a lesson about focusing on the here and now?

Or is it something else?

Ratto may be a curmudgeon, but he tends to be right about this sort of stuff.