KANSAS CITY — So many of you gave me crap yesterday for coming to Kansas City and eating a salad. So I figure I should let you know that, yes, I went and got barbecue last night at Oklahoma Joe’s.

I asked Twitter what I should get and sentiment was almost split 50/50 between the Z-Man sandwich (a brisket sandwich with an onion ring on it) and ribs. And everyone said I should get the fries. That’s a hard decision! But as Abraham Lincoln (I think) once said, “if you choose not to decide, you still have made a choice!” And I made mine. I got both! 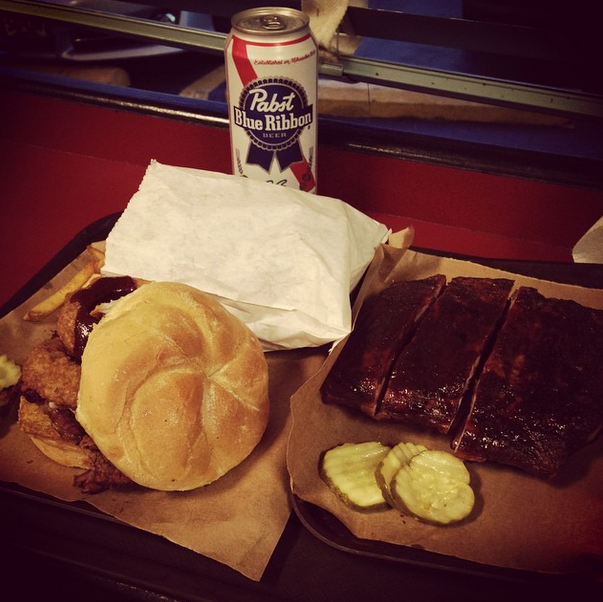 Save it on the PBR. The beer selection wasn’t that great and I’d rather have a PBR than a Stella or whatever. I’m gonna get some Boulevard at the ballpark tonight, don’t you worry about it.

With the exception of a few of the fries, I ate it all. I regretted the hell out of it a few hours later and made a point to detox at breakfast this morning, but it was really damn delicious. Sometimes you gotta get a case of meat sweats and, later, after going to bed, meat terrors. I do this for you, my readers.

Anyway, it was among the best barbecue I’ve ever had, and I have had Bryant’s and Gates and lots of other places in KC, Memphis and the Carolinas. But . . . it’s not the best.

Here I realize I’m venturing into pure subjectivity, but even if Oklahoma Joe’s was fantastic, I’m partial to Texas barbecue. I like my brisket cut thicker (here’s some thoughts on that) and I prefer a dry rub on the ribs. Not gonna lie: the best ribs I’ve ever had were at my girlfriend’s uncle’s house in Boerne, Texas. He cuts and burns his own mesquite. This is him and his setup: 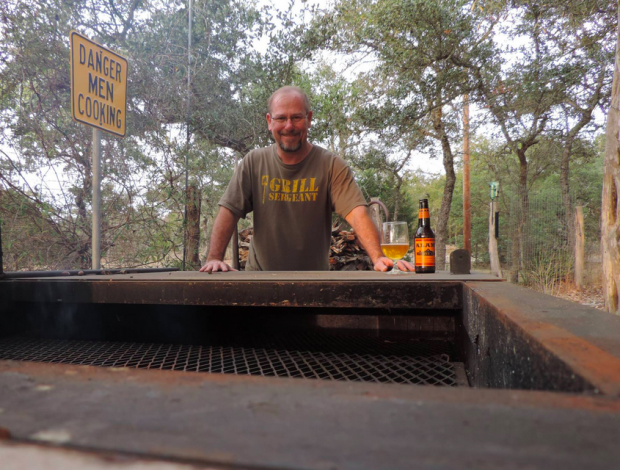 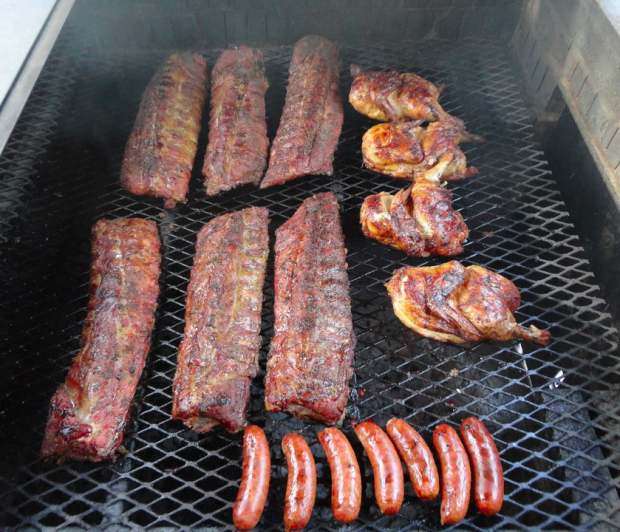 It’s to die for. I like it better than Oklahoma Joe’s, even if he doesn’t make a Z-Man sandwich. And no, I’m not telling you how to find his place.

Thankfully, no one ever argues about food, let alone barbecue, so I’m sure the comments to this post will be reasonable and non-confrontational.

ST. PETERSBURG, Fla. — Pitcher Max Fried lost to the Atlanta Braves in salary arbitration and will make $13.5 million in the upcoming season instead of his $15 million request.

Fried won a $6.85 million salary last year in arbitration instead of the team’s $6.6 million proposal.

He followed former Atlanta teammate Dansby Swanson in going to a hearing in consecutive years. Swanson, a shortstop, lost in 2021 and won last year, then signed a seven-year, $177 million contract with the Chicago Cubs.

The last player to win hearings in consecutive years was pitcher Trevor Bauer against Cleveland in 2018 and 2019.

Fried, a 29-year-old left-hander, went 14-7 for the second straight season and lowered his ERA to 2.48 from 3.04 in 2021. Fried was a first-time All-Star last season, was second to Miami’s Sandy Alcantara in Cy Young Award voting and was third in the National League in ERA behind Alcantara and Julio Urias with the Los Angeles Dodgers.

In 2021, Fried pitched six shutout innings in World Series Game 6 as the Braves won their first title since 1995.